There has been a great deal of information in the news in the last several decades about the dangers of lead exposure, particularly where children are concerned. Most of the stories which have made their way into news programs and publications have focused on lead paint in old homes and on unsafely produced toys and other consumer goods. Little has been said about the risks of lead exposure in drinking water due to old pipes despite the fact that lead contamination in home water supplies is a legitimate concern, especially with older homes. 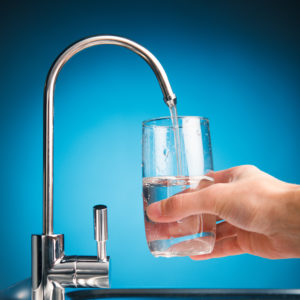 What Is Lead?
Lead is a metal which was used extensively in the years before it was determined to be toxic. It was used in the production of paints, pipes and other products in the past. Once it was discovered to have toxic qualities, regulations were established to eliminate the substance from newly produced and installed products, including laws which prohibit it from being used in water lines for public water systems and residential and non-residential buildings.

How is Lead Present in Water Then?
Although regulations now prohibit the use of lead pipes and other lead components in public and private plumbing networks that doesn’t mean lead is entirely gone from these systems. In older homes and buildings, lead pipes may still be present. The same is true for municipal water systems which predate the regulations on installing new water lines. Lead free pipes which are used to create new sewage and water supply lines may also contain small amounts of lead. The term “lead free” simply means these components must have a minimal amount of lead contained within them – specifically, no more than 0.3 percent for pipes and no more than 8 percent for pipe fittings and fixtures like faucets. 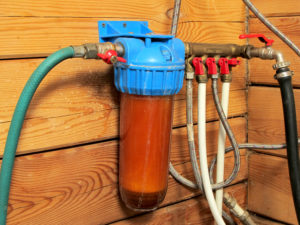 What are the Health Risks of Lead Exposure?
If your children are exposed to lead they can have developmental issues, including physical and mental problems. They may additionally exhibit learning deficiencies and attention span problems. Long term exposure often results in life-long issues for< individuals exposed to lead during their developmental years (ages six and under). Even we adults who experience prolonged lead exposure can see serious health consequences as well. These can include high blood pressure and kidney problems, among others. Lead is serious businessWhat Levels of Lead in Water are Dangerous? According to the Environmental Protection Agency (EPA), there should be no lead in drinking water in order for the water to be safe for human consumption. While this regulation is among the restrictions which must be followed by city water providers, the exposure to lead contamination from municipal water supplies should be virtually nonexistent. However in recent years investigations have found lead in the municipal water of some of the USA’s largest cities. That being said, most lead contamination now, actually results from old pipes and fixtures in homes. Reducing the Potential for Lead Exposure

The EPA’s regulations reduce the chances but do not eliminate the chances of lead being present in city water supplies received from water processing plants. They do not prevent the potential of exposure to lead from old pipes in your own home. If you live in an older house which was built prior to the implementation of new laws governing the production and installation of pipes and other plumbing components, or you are unwilling to risk the health of your family your best course of action to further reduce the chances of lead exposure is to install water filters capable of capturing and eliminating lead from drinking water. for more information go to this website